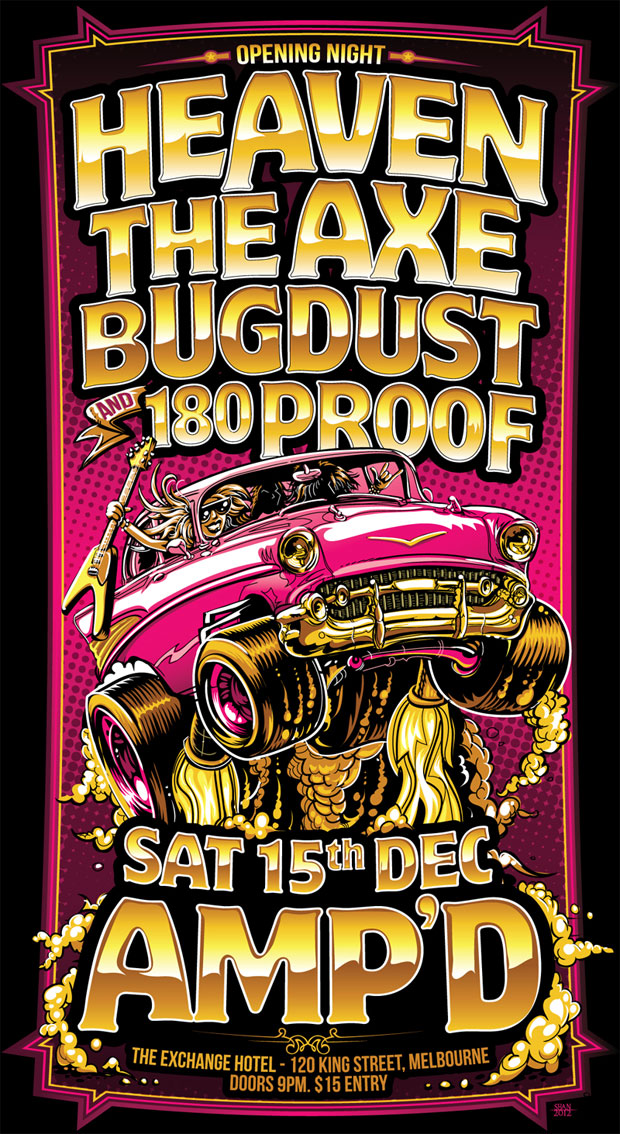 Heaven The Axe are stoked to be playing with BUGDUST and 180 Proof at the opening of AMP’D, a new night brought to you by the House of Rock crew.

This will be our last gig in Melbourne for 2012 and promises to be an awesome night of Hard Aussie Rock, served up the only way we know how: badass, heavy, tough, tight, catchy, stompin, killer riffs with wild wailing strong vocals!

We’ll be celebrating a year long schedule of 42 shows (and still going strong!), as well as having our tunes featured in the Housos VS Authority movie and on the soundtrack which premiered in November 2012.

Looking forward to seeing you down there and rocking out!