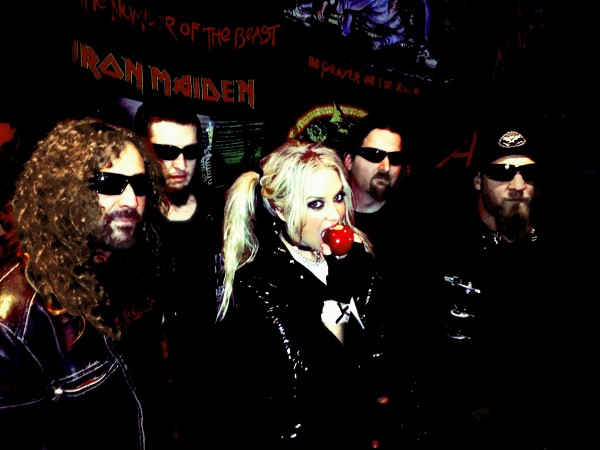 The Brewtality Festival is on again this year and HEAVY Music Magazine is proud to be a presenting partner. The event will be held on 8 August across two venues; The Tote and The Bendigo Hotel.

We caught up with Heaven The Axe to get an insight into the band, what you can expect from them at Brewtality Festival and more.

A record Sex, Chugs & Rock ‘N’ Roll, a single called Good Things Come To Those Who Hate and the theme song for the TV Show Bogan Hunters as well as one for the Fat Pizza movie last year. Right now were in pre-production and recording of our new stuff at our space called The Lab that we share with Frankenbok and having a ball with it.

The year started out with Steve and I having no band members (for about 36 hours) and putting a very intentional message to the gods to “give us a sign”. The next day we were invited to play Hammersonic Festival in Indonesia with bands like Lamb Of God. This prompted us to form the best version of Heaven The Axe ever. We also supported Butcher Babies (USA) when they were here for Soundwave and headlined Metal Heart Festival in Brisbane at The Triffid.

Can you give us a few words that would make me come over to your stage and watch your set?

We refer to this incarnation of Heaven The Axe as “The Axe Boks” as Azza, Tim and Steve are all members of Frankenbok, so hopefully Bok fans will get a kick out of seeing the guys in ‘The Axe. Tommy’s facial expressions are ungodly too and one of my favourite things about performing with him on drums. People say we are much heavier live than we are on recording and we’ll be throwing a few new tracks into the set too.

What song is going to be the highlight of your Brewtality set, the one that will really engage with the crowd?

Good Things Come To Those Who Hate is always one to crack the whip, and I love how that song makes me lose control emotionally in public, but I’m most excited about a new track called Robot Love. The lyrics ask the question if we were all perfect through technology, the gym, surgery, medication, would we still truly know how to love someone? I’m far from perfect and have learnt it’s when someone loves me even though I’m a massive f*** up, it makes me stronger and that’s a super kinda mega power in the universe so I’m just singing about making it okay to love stuff ups (censored), loving yourself even tho you might wish you were different and how love is bred in imperfection.

If there was one song in history that you could have written, what would it be and why?

I was going to say Bohemian Rhapsody but despite the money from that incredible piece of art I don’t think I could bear the pain Freddie Mercury had to endure to create such a masterpiece in that era. Songs have so much karma in them. They have a habit of coming true. You could write it about a small kinda inspiration, then hold onto your hat cos you sing it fifty times and it comes through in a massive way. Songs are also kinda like the dreams from the Roald Dahl bookThe BFG like they just float around and you try to catch them already pre-written depending on your vibe and if the song wants to expose itself to you.

You can grab Brewtality Festival tickets at this link. 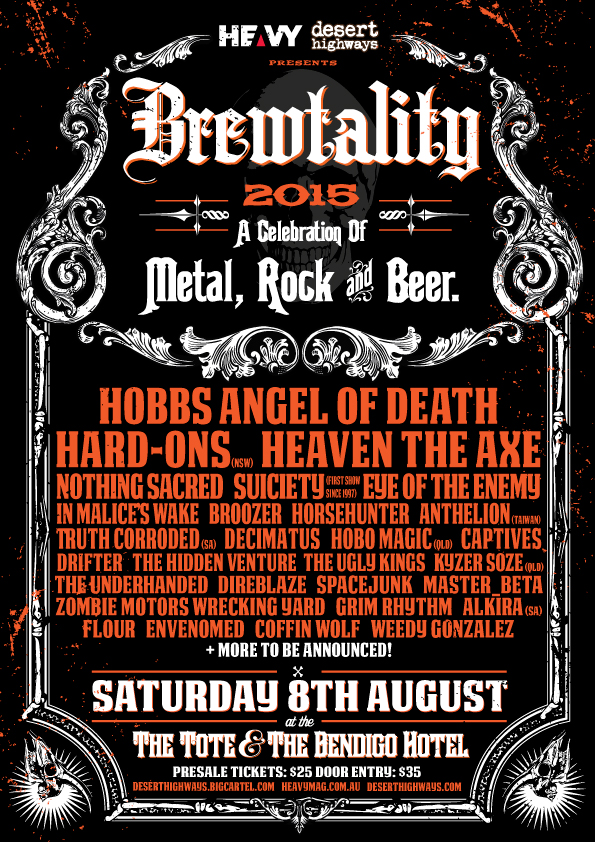