We’re so excited to announce that our new single “Good Things Come To Those Who Hate” is really close to being released. We have been working with mad scientist producer Peter “Reggie” Bowman over the last few months on this new track which is something we’re really excited to release. Its a completely new direction for the band and something our more metal oriented fans will like we think!
It has just been mastered by Scott Hull at Masterdisk (New York) who has worked on such records as Garbage, Motorhead and with Joan Jett.
The song itself was written entirely by Steve Watts and recorded with our friends. Featuring Matt Young (Vocalist – King Parrot), Dan McDougall (Vocalist – Frankenbok) Steve Watts (Guitarist – Heaven The Axe) and Matt “Skitz” Sanders (Drummer – Heaven The Axe, King Parrot and currently touring Europe playing in Hobbs Angel Of Death) on backing vocals with a shredding solo by Richie Poate (Guitarist – Dreadnaught), its a completely new vocal performance style for Phoebe and we are now working on releasing it in the VERY near future and producing a video clip over the coming weeks. 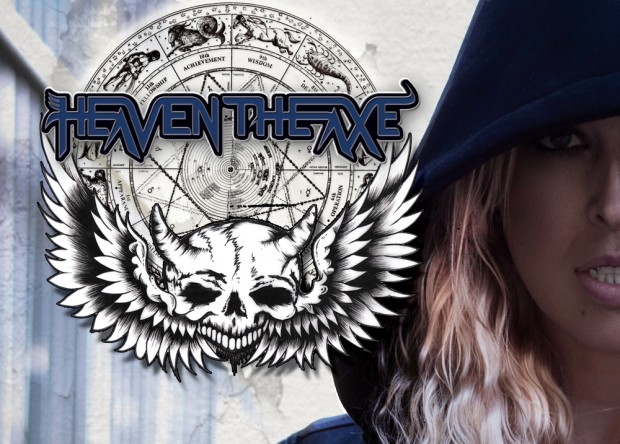 Biography: Multi platinum producer artist engineer rose to fame early nineties with Australian act Southern Sons. Then went on to co write the multi platinum album the journey with Tommy Emanuel, also co wrote tracks for Daryl Braithwaite, Deb Burn, James Reyne… and the list goes on. He then launched his international production career with multi platinum South African act just jinger after which he was invited to the USA by Rob Cavallo to work in the best studios in the world with the best in the world then returned home with a head full of ideas.
He then started his own label Big Records since to launch band Electric Mary moved into the multimedia environment but with a strong foothold in the music industry and still completing, on average 13 albums per year.
Currently co-director of iPiece productions a multimedia company and director and in house producer/engineer/owner at Screamlouder Productions.