Read all about the new single released via Heavy Music Magazine, Triple M Distortion and Triple J The Racket this week:


GOOD THINGS COME TO THOSE WHO HATE

Buy Good Things Come To Those Who Hate Merch

“F*** YEAH!! I got f****** goose bumps when I watched this. Then I watched it again. You have a room full of dirty sweaty nasty looking metal heads (including different drummers) ready to tear your face off. Then you have Phoebe up front to take that edge off, until she proceeds to spit venom and scare you into submission. Throw in two brutal guest singers in Youngy from King Parrot and Danimal from Frankenbok and.. well.. just watch. Then hit replay and watch it again. Australia, stand up and be proud!” – Higgo, Anchor Triple M/Triple M Distortion

‘Wow, this Melbourne band have taken a serious dose of the angry pills, and gone several miles into left field. They released their debut album a couple of years back, and have now hit back with a brand new single. And they’ve taken the very gutsy step of releasing just about the least commercial track you could possibly imagine from them.
Not only is it angry to the point of being quite vicious, not only does lead singer Phoebe Pinnock sound like she’s about to kill someone as she screeches out her vocals, not only have they enlisted the help of two of the most out of control vocalists in Aussie heavy music to sing some of the backing vocals (Matt Young from King Parrot and Dan from Frankenbok), but the arrangement of the song is quite off-kilter. And yet it still seems to flow very nicely indeed.
It’s not just a snarling, angry song however. Pinnock’s schizophrenic vocal delivery intersperses sexy, sassy melodic lines amidst the angst, and the blistering lead guitar lines provide further colour. It’s a song of stark contrasts, a song of fury and beauty all at once. This is not the song you’d expect from a female fronted heavy rock to metal act to release as a first single from a new album, and that is a truly wonderful thing” – Rod Whitfield, Heavy Music Magazine

Steve wrote this song a while ago and Phoebe didn’t want to sing it.
“I look at my life so far as it being in two stages. The first one, being the dressed rehearsal. There were things I needed to learn & probably my greatest & nearly most painful lesson was the night I wrote this song. The point of realization of the difference between friends & acquaintances. F*** it hurt. This song for me is about being written off & f*** me it feels good to be releasing it now, years later surrounded by my tribe I’ve chosen to call my family. Good things have indeed come my way and my love for the “hate” is as strong as ever. I couldn’t believe it when Phoebe requested we do this song after years of wanting nothing to do with it. “Why?” I asked. “Coz I get it now. I understand why you don’t settle for s***, I feel it too & I want it out of me” So us boys went about putting it together. It didn’t take long as this style is what comes most naturally to us, but when Phoebz came in n sung it for the first time…………holy s***! It was insane. I’m so glad I witnessed her record it. Her working relationship with Reggie blew my mind & together they’ve created something I believe can’t be duplicated. This is my proudest musical moment. Surrounded by my mates playing the song I wrote about the s*** ones sung by the love of my life. This is my unconditional love. Enjoy” – Steve 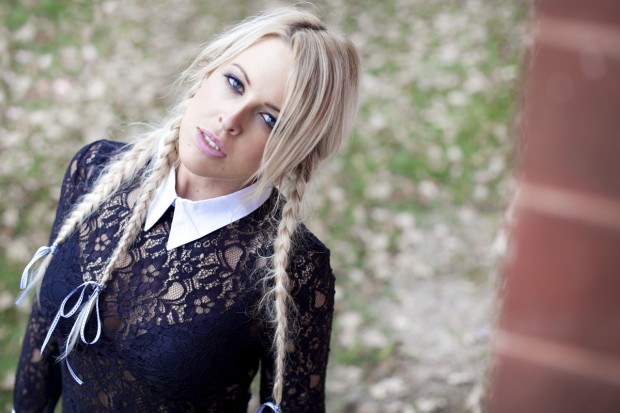 “At first glance the lyrics were too angry for me to put my heart into…at my foundations, I sing to share love. I hadn’t yet experienced the ferocious anger and hurt that I needed to to actually be able to sing this from my being. This year I did tho, and through my hurt and inner rage one day this voice came out of me. It was natural and all of a sudden I didn’t need to give of myself in other ways anymore. The music of this song gave exactly what I had been trying to give all along. This song feels like our arrival and f*%k I love singing it. Even though Steve wrote the lyrics about being written off by friends, I was able to turn his hurt into my own meaning; what this song became about to me is allowing yourself to validate painful and uncomfortable emotions through honesty that are often too easily numbed. That is an art in itself. Feeling anger and taking action to cause change is a positive emotion. Apathy is too easy in Australia, outrage is the precursor for lasting evolution for humanity against the things we deem “the way things are”. When I listen to this song and watch the clip, that is what it is a photo of to me. Its a picture of our inner strength and maturity as a whole unit of extended band cousins. The energy of this song gave me the balls to choose to love deeper with clarity and brutal honesty where it was worth it, and to not to give a rats a** where it was not.” – Phoebe

Heaven The Axe are a blistering live act, sharing the stage on a plethora of metropolitan and regional shows this year with KING PARROT, FRANKENBOK and DREADNAUGHT with the touring unit of bands being booked to appear at STREET MACHINES SUMMERNATS FESTIVAL, headlined by THE LIVING END at Exhibition Park, Canberra, on Jan 3 & 4 2014 as well as appearing at Heavy Mag’s very own BREWTALITY Festival in Melbourne on Oct 12.

“We’re like one big brutal family – it was completely natural to create a musical outlet to accommodate everyone.” – Phoebe

As well as their touring HEAVEN THE AXE landed a major component of the soundtrack for HOUSOS Series 2 on SBS followed on by their music being saturated across the HOUSOS VS AUTHORITY movie by Paramount Pictures. The band worked closely with Peter “Reggie” Bowman (Frankenbok, Dreadnaught, The Nerve, Tommy Emmanuel, Billy Sheehan, Glen Proudfoot, Electric Mary) who produced the song and clip.

“The man is a complete enigma, speaking almost always in verbal musical onomatopoeia. As soon as he gets back from Amsterdam, we will be recording the rest of the new album with him. He is pure creative genius in action.” – Phoebe UPCOMING DATES:

Lyrics: GOOD THINGS COME TO THOSE WHO HATE

“Honesty”
“You can depend on me”
All too often said
Did you believe your own bulls*!t?

You thought I was gonna go slow (x2)

It gets me hard
When I think of you
As you drown in cess
With my hand on your head
Detractors are subtracting now
A penny for your thoughts?
Payback – Fact
I can’t look back I’m killing time

You’ll understand why I don’t give a f**k