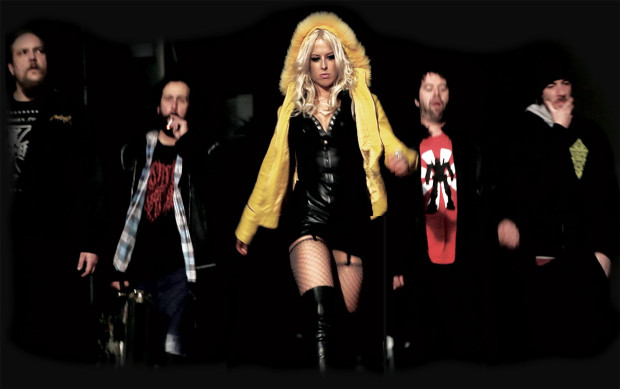 To think you’ve put all that effort, love, money, life experience, sh***y experiences, angst, universal wisdom and experimental hedonism to write your masterpiece. It comes time to launch it and tour it and get it out to the world! You’re on your way baby!!! It’s a one way ticket to Wembley Stadium, purple M&M’s and a passive income beyond your wildest dreams RIGHT??

But what if the universe had some turbo charge to utilize if you just chose the right day to do so?

Knowing these basics can help your band on its way to greater success with the support of the universe according to Astrology.
When you’re touring flat out tho, just keep truckin’ and rockin and kickin’ bu*t and preparing for Mercury Retrograde!! For a beginner band these points can make a helluva difference in confidence or when planning super important high investment productions this could make or break the budget.

Here’s some of my top tips for using astrology to manage your band:

Check your mercury retrogrades:
When Mercury is retrograde it’s a real no fly zone for launching anything. If you can, choose a launch date outside of the mercury retrograde unless it’s a re-release. Use it to your advantage and take that time to go within, connect to your heart and write your tunes. This is the universe on speed for writing and riffing out at home in the nude. Then when it goes direct take those gold nuggets you plucked from the absent-minded sky and craft them into intelligible songs.
Also, rethink your social media strategy. Focus more on revisiting and chatting with your networking contacts in a friendly way via PM and going back to your old emails and revamping old ideas for getting ahead. Tie up the loose ends and forge ahead after the station direct.

If I was planning an important headline tour to do in a merc retro, I would seriously consider changing it, but of course life doesn’t always wait for astro-gals who say “we cant do the tour ‘cos mercury will be retrograde fellas” …Spinal Tap did not end well my friends… Just be aware it may not be as you expect and plan ahead with extra leads, batteries, strings, spare tyres, roadside assistance, a credit buffer and an in car iphone charger. Feel with your heart if things are right and think as hard as you can about how to band-aid setbacks on the road in advance. Employ people you’ve worked with before to do mixing and press and you’ll find that playing at venues you’ve already played at in the past could actually be the most phenomenal gigs you’ve ever done.

Don’t sign any contracts during mercury retrograde. The planets haven’t yet aligned to support the agreement being made at that time, you will sign and you or the other parties will realize something was missing, leading to re-negotiations or just flat out disappointment and relationship breakdown before you can say invisible ink. I always like to use a gregarious and convincing rockstar excuse such as “Oh…look at me hahaha I’m too wasted to deal with it cos I can’t even make sense of the words LOL LMAO ROFL /Cant talk I’m in a writing session/I CANT HEAR YOU!!… and then say I have to get my solicitor to go over it” being quite serious in your intention to drag it out… but do not sign until mercury is direct. Its only 3 weeks, so tell them your solicitor is on holidays and the official agreement will have to wait. Of course, you don’t HAVE to wait, but just be prepare for an unnecessary battleground ahead of you and business people who push contracts against your wishes for patience and care, are HUSTLIN’.

Check where the moon is:
If you are launching your music online, check that the moon is not void of course when you give it public life. When void of course its kinda like you throw a ball at an invisible hand trying to catch it. It just keeps going and doesn’t “grab” – that’s as a general rule, not counting the aspects to your personal planets. Look for supercharged times for launching for example in the lead up to a full moon in Scorpio or Pisces. Globally, people will be more on edge and your fans will be peaking to your music. Also, work your press after a new moon to push it out with support from the universe. We put a bunch of press and media on hold for a day for the launch of a song until the moon moved from void of course to just before the full moon in Scorpio and it went straight to the top of the Australian iTunes charts … and was received far and wide so much better than we ever could had ever imagined.
When the moon is square to Saturn on a date the show will most likely be under attended. When the moon is in cancer, people really just want to stay home. Just before the new moon, most people are into their regenerative low energy vibes and not sooo keen to go out fisting the sky to your anthemic revolution.
Know your band personalities:
Know your cardinal, fixed and mutable signs and delegate (if you are the cardinal one haha) accordingly. Cardinal signs naturally take control and steer decisions, make the choices that are presented and maintain an authority. Fixed are awesome at facilitating the choices that the band makes, putting up posters and writing that sick solo that no one else will dare to look at, Mutable will eagerly go along with the plans of the cardinal and fixed and bring their talents and humour and whackness to the writing and completion of the best music. Which if you don’t got, then you got nothing to manage right?

Neptune Retrograde
This is where you can save your liver. Stopping drinking here is a godsend for some. Get clear. This period of the year is your management mecca where you can get ahead in the music business and get clear on who you really are and what your message really is. You can tune into what the collective wants and needs. You’ve been blessed with a voice karmically, what you gonna do with it?

This blog was originally written for a feature on the superstar Australian Astrologer Mystic Medusa’s blog, but this is the full article and thanks to internationally recognized astrologer Robert Wilkinson of Aquarius Papers for checking out my facts and giving it the thumbs up. \m/