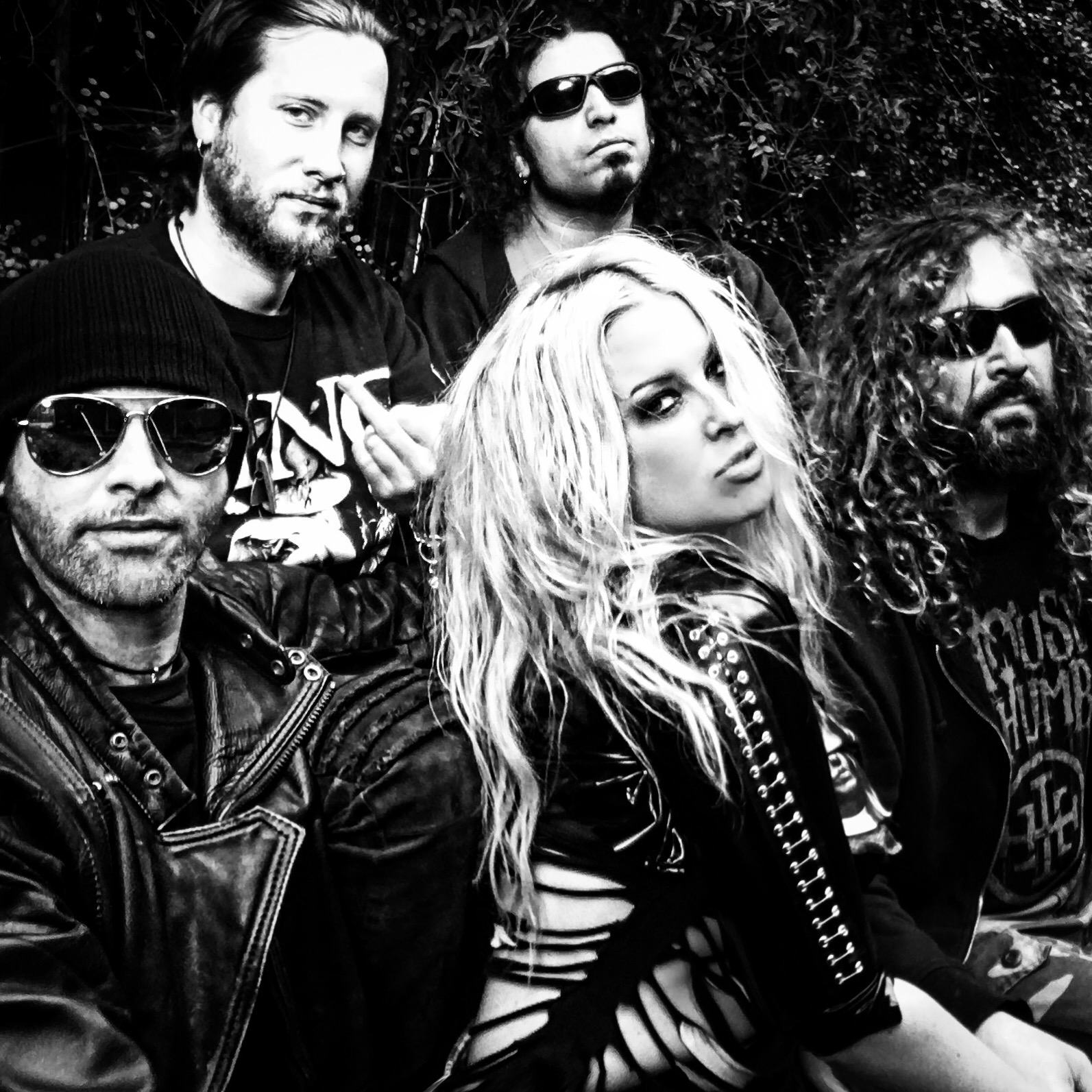 Heaven The Axe are a hard rock band based in Melbourne, Australia – a juxtaposition between the illustrious, hypnotic, powerful and rhythmically pounding female vocals of Phoebe Pinnock, twisting their way around a stomping Aussie riff factory!

HEAVEN THE AXE is one of only a very small select handful of unsigned bands with a release being officially sponsored by Monster Energy.

Touring as main support on a string of shows with Rose Tattoo handpicked by Angry Anderson, supporting CrashDiet from Sweden, Fozzy (Fronted by Chris Jericho) from USA and Butcher Babies (USA) for Soundwave Touring, Sebastian Bach (USA) and Zakk Wylde’s Black Label Society (USA); playing as a feature act live at Summernats 2010, 11 & 13, regularly cranked as the soundtrack to V8 Supercars on national TV’s Channel 7 and OneHD, feature interviews and regular airplay on the nations biggest broadcasters Triple J and Triple M. The band is featured on TV documentaries as well as constant unwavering support from community radio, community TV and internet broadcasters worldwide.

Their video clip is featured on Australian TV shows such as rage, MTV’s Headbangers Ball and repeated continually on many community TV shows. Their music is the soundtrack in iconic Australian Paramount feature film Housos VS Authority and 2013′s Housos Series 2.

In 2013, their single “Good Things Come To Those Who Hate” recorded by Regi Bowman of Screamlouder Productions and mastered by Scott Hull (USA) charted at #2 on Australian iTunes Metal Chart. The band were selected to represent the entire country in the International Battle of The Bands’ Hard Rock Cafe’s Hard Rock Rising Competition 2013.

In 2014, Heaven The Axe wrote and recorded the title track to new series “Bogan Hunters” which is the highest rated show ever on Australian National Broadcasting channel 7mate TV.  The video clip created by Pauly Fenech and the band was screened repeatedly on national TV. Later in the year Heaven The Axe was commissioned to create a completely irreverent fun song for the “Fat Pizza VS Housos” Cult movie by the same producers and screened in Cinemas nationwide.

In 2016, the band added international guitarist Alex Hellenbach (of Control/Resist with Mike Heller of Fear Factory) to the line up importing him from Croatia. The band are currently recording their new album!

HEAVEN THE AXE are partnered with America’s Metal Motivation brand bringing the metal mentality to self-discovery and life coaching.

Phoebe is the face of Australian rock aerobics gym Alternative Womens Fitness  to inspire and encourage rockin’ women in their fitness goals while working out to air guitar band practice workouts and doing yoga classes to Metallica’s Black Album!

Heaven The Axe is an authentic ball tearing expression of the finer aspects of love, on rock n rolls terms. The combination of masculine balls and feminine beauty with unrelenting power is what gives this band its undeniable strength. An organic compromise between the boys untamed metal-as-f#*k influences and Phoebe’s popular stylings and wild woman voice with stories that connect and penetrate are a testament to the bands steamrolling fan following.

This is a band that will obliterate your stereos, and will only surpass that by decimating your senses when you see them live!

There is so much more to the story….