HEAVEN THE AXE are pleased to announce a major regional tour with KING PARROT, FRANKENBOK, ABREACT and DREADNAUGHT between April and July 2013.

Regional Roulette is a collective of Victoria’s best heavy music acts taking a unique approach to touring regional areas. Identified by the group as an important part of the Australian music landscape, Regional Roulette aims to target areas that are often forgotten and bring a show full of energy and diversity unique to the Australian touring circuit.

This  tour features Frankenbok, King Parrot, Dreadnaught, Heaven the Axe, and Abreact who all have recently released highly successful albums gaining regular airplay on JJJ, MMM and community radio and featuring on MTV and Rage. All the acts involved have come together with a shared passion for touring and the proof and credibility of an awesome live show.

The Roulette facet of the tour means that the playing order is rotating and that any given band could play at any slot on any of the shows. This aims to encourage fans to get down early and support the entire show. 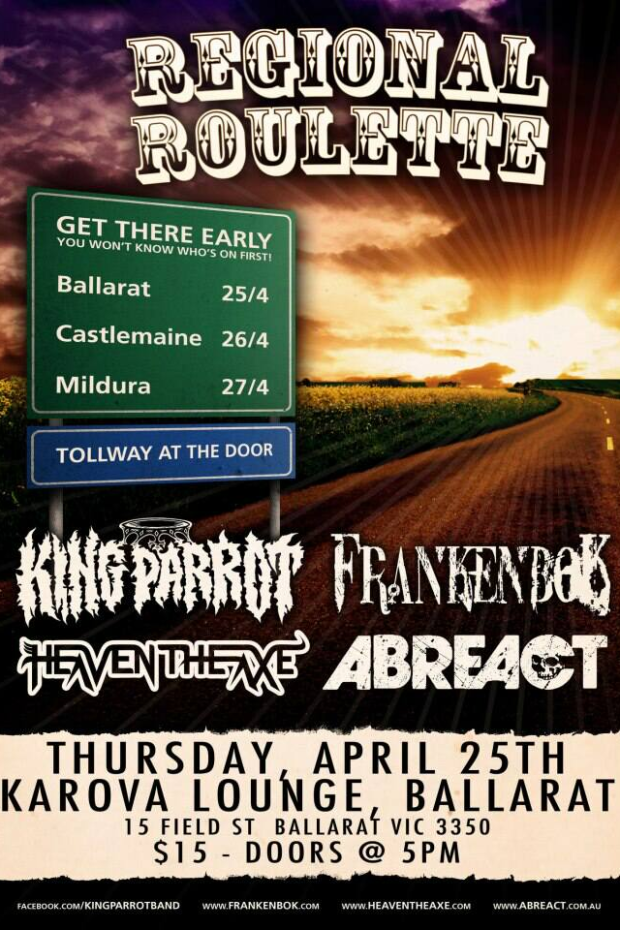