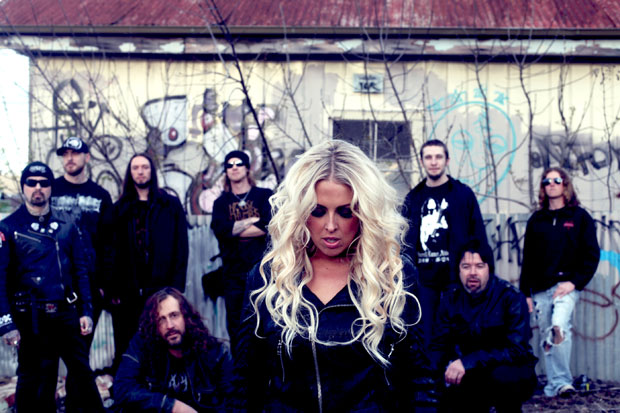 I actually feel a bit shy answering who I am in public by my own definitions. Like anyone, I guess I am a never solving puzzle, I am a Sun in Capricorn, Moon in Cancer, Taurus Rising which is ambitious, dry, in tune with other worldly energies to create in reality here, earthy, homely, warm, sensuous, Venusian… What I most aspire to be is someone inspiring for others. Every day I get excited about what the world is challenging me and my team with next. I think that I bring to the group the manifestation of dreams coming true bigger then we imagine, always chasing new possibilities, always never hindered by lack of money or the rules or expectations of society, creating and manifesting things which used to scare me. That light that I dreamed of connecting to when I was younger (but was too afraid of how powerful I might be) is now there like a flame and the wishes I sent out to the universe in terms of exactly what band, what family relationships, what friendships, what support we need…is all there. You are what you say you are and it can be hard to say who you are to others so focus on communicating the possibility of who you are to yourself first then to others. I caught myself thinking recently about how much emphasis I place on the energies of the universe, of how much I read into Astrology and WHOAH who does that? But I have found these elements in the world to be very powerful in my own observation, its about harnessing the energy palettes available to chase what it is you want and be the best you can be. Most days I do Bikram Yoga to iron out these energies in my body and I believe the energies we carry in us reflect back at us everywhere we go. I’m manic busy most of the time and Bikram is like my temple in the day where I can stop. I love my family like crazy and the band is also my weird psycho 9 man family. Pretty much pinch myself about that! We are a crazy household of musicians cooking together, cleaning the yard together, deafening the neighbours together. We’ve got each other worked out. If I was to look at myself now from ten years ago I would be amazed at the lifestyle we’ve created and how powerful I feel as an individual leading a group of talented men along with my husband, Steve Watts, from where I once was. I am grateful for everything and I know that money is only one currency in this world. Being a nice person goes a hell of a long way so I would say if you aren’t a nice person and you want a music career – where the currency is love – get out now.

What inspired you to get into music?

When I was 5 years old I watched a Harlequins concert at Mt Austen High School Hall, I saw some girls in sequined leotards singing and dancing to “Catch A Falling Star and Put It In Your Pocket”…I still remember to this day that being a profoundly emotive moment when something in my mind clicked and I chose to make my life about the amazing magic and colour I saw on the stage that day and its never ever left me that desire not even if I wanted it to. Nineties grunge bands inspired my musical tastes and coming from a family that couldn’t afford to buy me a guitar Id “borrow” them from school and teach myself to play from taped rage music videos. I tried to sneak into the Tourist Hotel to see Manticore (Steve Watts previous metal band) play when I was about 16, I never forget the moment I first saw my husband singing and playing in that band. I remember thinking to myself “He’s the one”. Apart from having the most awesome opportunities to do musical theatre with Peter Cox, Don Hillam and co. in Wagga, Steve and I focused on our songwriting and played in our acoustic duo as much as we could in Wagga. We moved to Melbourne to find the musicians we wanted to create the music we both heard in our heads and every day I pinch myself at the team we have. Three drummers, three guitarists, two bass players a devoted team of techies, crew and multi-media people who share their talents just because they want to….this inspires me more because its everyday magic. Nothing makes me more excited than writing a new song and I have no idea where they come from. Like the BFG catching dreams in jars.

What advice would you give any up and coming stars?

Be confidently and sincerely yourself, be there for the people that matter to you, practice your craft so that its second nature, don’t waste time on people who don’t share your ideals – the right team will come if you keep asking for what you want. Don’t give up on the right people when life gets tough. Communicate how you feel openly don’t hold back. Be courteous and kind to everyone. Tell everyone you meet about what you’re trying to achieve. Tell everyone you meet to come to your next show! Give up being worried about “looking bad” and put yourself out there. People can see your inner beauty no matter what. I meet people at shows all the time who say “Oh Im a singer and I want to be in a band but oh (excuses)…” I’ll say “What are you doing tomorrow?” They say “Oh going to the footy/going to my cousins boyfriends house for a BBQ/ seeing a movie/whatever random life thing” I say “What are you thinking? Be unstoppable. Find your band tomorrow.” So many people live life as tho they have to have the things they need before they can do the things they want so they can be the person they want to be. That’s a mistaken ideal. You have to BE the dream first to DO what the dream is to HAVE it all.

Who was your inspirational person in your life?

My husband, Steve Watts is a super star. He is the most talented incredible guitarist without even trying. He is someone who is always there for people first. He is the key reason our band even exists. He is such a kind, caring, loving, deep, sincere person. We fell in love at my mothers graveside the day we buried her. We go through tough times but we know the thread of love is always there and we just “never give up” now. He is my soulmate and I’m so grateful for him everyday although it certainly isn’t always easy. We both come from Lake Albert, I wrote my first song about him when I spied him revving along Main St in his Sandman. Its called “Hey Mr Bad News (I wanna see the back of your Panelvan)” The more this journey continues the more I am blown away in our compatibility. His talent is to be there for other people where as I am a “grab your mates and lets GO!” kinda vibe. We both have what the other doesn’t and this combined makes me excited and challenged.

“Sex, Chugs & Rock ‘N’ Roll” was recorded at Melbourne Records by Ren Parisi over the period of about 18 months while we experimented and learnt about what our sound was becoming from the acoustic songs we wrote. We launched it to over 1000 people at The Palace Theatre in Bourke St Melbourne late last year, toured around Australia, then toured as main support to Rose Tattoo on a string of shows. We haven’t stopped touring headline shows all year and everywhere we go we love to meet the people who are enjoying our music where we can. Each song is based on solid life experience, it’s the real rock n roll deal its a lot about who we are. We played at Summernats two years in a row, the very first copy ever printed was requested by Triple M and I’ve been grateful to do feature interviews on Triple M and Triple J to promote it. The music has been cranked on the V8 supercars on Channel 7, 10 and One HD for 18 months before it was even released and now its going to be played a fair bit as the soundtrack to the movie “Housos VS Authority”. Were one of the only independent unsigned bands to be sponsored by Monster Energy and their trucks crank it through their sound system at events Australia wide. We are just finishing our film clip for the first track “Enemy” which took a year to film, 200 cast members, 3 days of high speed car chases, a bunch of essay writing to businesses to get them to use their locations for free, a dance troupe, a judge, a bunch of strippers, a number of hot rods, a few burnouts down Johnston St Fitzroy and outside of Kryall Castle in Ballarat. We cant wait to show everyone. We’ve sold over 1000 physical copies from our website www.heaventheaxe.com and its downloadable from iTunes. We are bringing our live show to Wagga with the incredible Dallas Frasca who has been described as “Australias Janis Joplin.” We are playing at The Saloon Bar on Friday August 17 and Canberra at The Basement Saturday August 18 before heading to Sydney to do three shows before the month is up.