Housos Series 2 is now playing every Monday night on SBS TV Australia wide featuring HEAVEN THE AXE as a major part the soundtrack! Housos is a satirical take on Australian residents living in housing commission suburbs and an out-of-order super rude and in your face hilarious parody.
The show features Angry Anderson from Rose Tattoo playing the head of the local bad a** bikie gang.
You can watch the Aussie hit cult series online here.

Check out the Series 2 Trailer here… 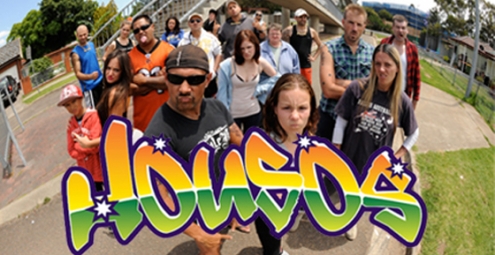