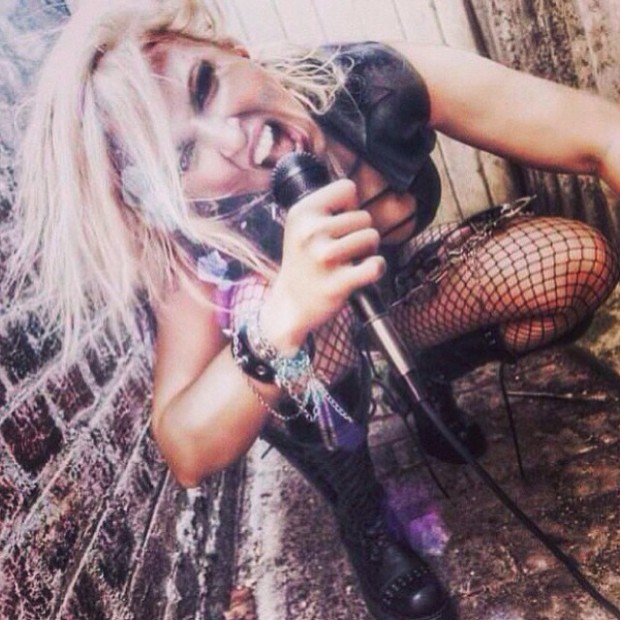 “Australia’s HEAVEN THE AXE has become one of the hottest names in the underground metal scene. The band released their debut album ‘Sex, Chugs and Rock ‘n’ Roll’ in September of 2011 and since have continued to display their explosive live show for countless fans in their homeland. Between 2011 and 2014, they performed at the Summernats car festival held in Canberra, Australia. Later in 2014, HEAVEN THE AXE wrote and performed the theme song for the popular Australian comedy reality television series titled ‘Bogan Hunters’. With tons of potential and a pissed off attitude it’s no wonder this a** kicking unit is now beginning to become known around the rest of the world.

THE METAL DEN’s Randy “Rocket” Cody has conducted an interview with vocalist Phoebe Pinnock of HEAVEN THE AXE for his loyal Den Headz around the globe.” CLICK HERE TO GO TO THE INTERVIEW ON THEMETALDEN.COM